View source
watch 01:27
'Parks and Recreation' Lore: Pawnee, Indiana
Do you like this video?
Play Sound

Pawnee, Indiana is the fictional setting for Parks and Recreation. It is located in south central Indiana, 90 miles from Indianapolis and 35 miles past Bloomington and is the state's seventh-largest city.[1] Pawnee is a city with low operating costs and a large labor pool.[1] Legend has it, Reverend Howell chose "Pawnee" as the name for the city accidentally - a functional illiterate, he tried to write "Paradise" on the city charter and his scrawls were misinterpreted.

The city's infrastructure is efficiently developed and its citizens are moderately well educated, making it an acceptable location for business. Growth in Pawnee is slow and steady, but Pawneeans say that what isn't bolted down can be improved. The city is dedicated to maintaining its progress through reasonable expansion and sound planning.[1] There is a lot of suspicion that Pawnee is based off of the real neighboring cities of New Albany and Clarksville, located about 95 miles south of Indianapolis and 120 miles southeast of Terre Haute with a combined population of 80,000 people. The map of Pawnee is actually a map of Muncie, Indiana, but turned upside down and flipped.

Racial Makeup (According to "Pawnee: The Greatest Town in America" By Leslie Knope)

Pawnee is not a tourist Mecca, but this fact has made it a somewhat desirable location for those looking to get away from the crowds. Whether it's taking in a community theater play in the park, guided tours of old Wamapoke hunting and burial grounds, or just shopping in a chain store on Main Street, there's always at least one thing to do on the weekends.[1] The city has several hotels and is also home to the dinosaur-themed restaurant Jurassic Fork. In "Road Trip", Pawnee was selected as the next host of the Indiana Little League Baseball Tournament.

Pawnee is stated several times to be located in South Central Indiana, about 90 miles from Indianapolis. References that imply that Pawnee south of Indianapolis include a quote from Ron Swanson who says he never ventures from southern Indiana.

The Map of Pawnee is actually the real map of Muncie, Indiana, however it is turned upside down and flipped sideways. Maps of Pawnee can be viewed here.

Pawnee's ever-growing business community offers numerous goods and services and features approximately 1200 businesses. Strolling through downtown Pawnee's business district, one can find national corporations such as FedEx Kinko's and Applebee's as well as smaller Indiana-based companies like IndiElectric and Hoosistat. Pawnee is also a former seat of the baked goods industry, with its historic Boone Bread Factory, and remains at the forefront of the soft drink industry as the home of the national Pizzies™ corporate headquarters. Sweetums operates in Pawnee as well, employing many Pawneeans. [2] Some of the restaurants include Paunch Burger, Big 'n Wide, Fatsack, Coronel Plumps Slop Trough. By 2017, the city seems to be experiencing a business boom, with several new and modern locations such as Tom's Bistro, Gryzzl, and Reagle Meagle Reality are thriving in Pawnee.

The Pawnee Fire Department provides safety from fires, natural or man made disasters and medical emergencies. Eighty five percent of the staff is volunteers and the remaining fifteen percent are certified firefighters. There are six stations that have a total of two fully operational trucks with an eye on purchasing more.[3]

Two of the three evacuation sites were destroyed in a recent fire. They have been temporarily moved to the Pawnee Elementary School on McBride Street and the YMCA on Allen Gowers Road.[3]

The department currently has a staff of seventy-eight full time officers serving approximately eighty thousand citizens. The head of the police department is Kristina Lincicome Gowers and the Chief of Police is Hugh Trumple. The Pawnee Police Department is committed to making sure that safety needs of the community are met. Aggravated assault is down 6% year to year.[3]

The city government of Pawnee consists of many Departments, with several of their offices being located in the Pawnee City Hall building.

Former Mayor and gifted dog racer Stuart Knudson passed away because of an impact crater in 1984.  Since 1994, Walter Gunderson has been the mayor of Pawnee. In 2011, Pawnee had a serious budget crisis that eventually led to a temporary shutdown of the government. This led to budget specialists Chris Traeger and Ben Wyatt being hired to cut budget spending and reorganize the departments. Traeger eventually became the new City Manager and passed that duty on to Wyatt after moving to Michigan.

In 2012 Deputy Director of Pawnee's Parks & Recreation Department Leslie Knope was elected to City Council, beating Bobby Newport. She went on to oversee the merger with neighboring city Eagleton to save that city from enormous debt. Despite this, Knope was recalled in 2013 and replaced by Eagletonian Ingrid de Forest. 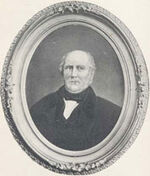 The Parks & Recreation Department of Pawnee oversees the maintenance, scheduling, and use of Pawnee's many parks, and enveloped the Animal Control Department in 2011. Ron Swanson was the department head until 2015. Craig Middlebrooks is the current head of Parks and Recreation/Animal Control.

In 1812, Reverend Luther Howell of Terre Haute traveled over 100 miles by pushcart and planted a flag in the ground. That soil, formerly inhabited by the Wamapoke Indian tribe, was to become Pawnee. Rev. Howell was soon dispatched by the tribe, but not before consecrating the town's first church, Pawnee Lutheran, which still stands today, though it was deconsecrated in 1974 and is currently a wholesale linen outlet.

In 2014, the neighboring town of Pawnee, and the county seat of Wamapoke County, Eagleton, was de-incorporated and reabsorbed into Pawnee (citing bankruptcy issues) as part of the Pawnee-Eagleton merger. Subsequently, Pawnee became the county seat of Wamapoke County. The section of Pawnee formerly known as Eagleton is now recognized as the community of “Old Eagleton.”