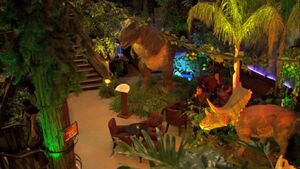 Jurassic Fork is a dinosaur-themed restaurant in Patterson, Indiana with several dinosaur-themed entrees (however, due to legal reasons they are unable to make puns about the rareness of the meat). It is located at 2190 Valerian Road and was opened by longtime Pawnee restaurateurs Tim and Millie Mims. Its motto is "The only thing that will be extinct is your appetite." Gary Gergich is particularly enthused by the restaurant, and says he has eaten there 3 times a week for the past 15 years. It has a pool table and a gift shop and a disgruntled waiter (Evan O'Brien ).  Jurassic Fork has closed and is available for rent because the owners stretched themselves too thin by opening a second Steven Spielberg themed restaurant, "Schindler's Lunch," a German place downtown. 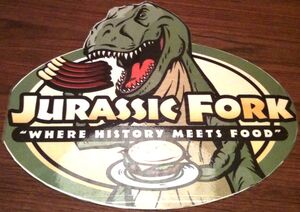 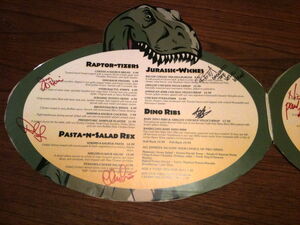 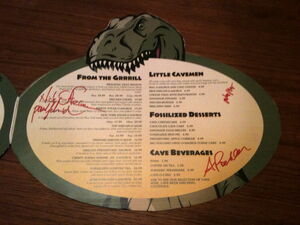 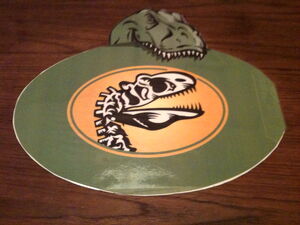