Parks and Recreation Wiki
Register
Don't have an account?
Sign In
Advertisement
in: Characters, Leslie's Nemeses, Recurring characters,
and 6 more

Dennis Feinstein is a famous fragrance maker in Pawnee. His name was originally Dante Fiero but he changed it to "Dennis Feinstein" because it's considered more exotic in Pawnee. He is often rude to those not as important as him, and is somewhat cruel, as he once talked about how he likes to have drugged foxes flown in from Russia to hunt, or sometimes just shoot immediately. In most of the episodes he appears in, it is implied that he pays to hunt humans for sport.

In "94 Meetings", we learn about Attack by Feinstein, for when you want to attack the senses of the woman you intend to bed.

In "Summer Catalog", Leslie Knope says she is going to use an ad for "Yearning" by Dennis Feinstein in place of a welcome letter in the summer catalog.

In "Time Capsule" Leslie Knope holds a public forum to decide which item should go on the time capsule. The chosen items are written on a board. The list includes one of Dennis's perfumes, named "Yearning".

In "Indianapolis", Dennis is at The Snakehole Lounge for his "Allergic" cologne launch party. Tom Haverford attempts to pitch his cologne, "Tommy Fresh", to Dennis while there. Dennis laughs at him when Tom sprays the cologne, telling him it smells terrible, and dismisses him. Later, Ben sprays the interior of Dennis' car with "Tommy Fresh", telling Tom "he'll smell your dreams now".

In "Citizen Knope", Ben Wyatt goes to Dennis' office for an interview. While there, Dennis has his current CFO, Eddie, in the office. He tells Ben he might fire Eddie and hire him instead. He asks if he has kids, to which Ben responds no. Dennis thinks that's good, because, as he explains "dumb-dumb Eddie's got two kids". Ben tries to apologize to Eddie for the interview, but Dennis says not to talk to Eddie. He says Ben should "treat Eddie like you would treat a person in another country that you paid $25,000 to hunt". When Ben asks what he's talking about, Dennis says he's talking about the best vacation of his life. Ben begs Dennis not to fire Eddie, telling him he doesn't want the job and it was a mistake to try to branch out. Dennis laughs and tells Ben he's crazy, saying "we'll be in touch". 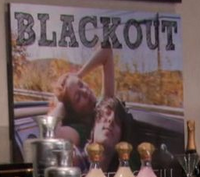 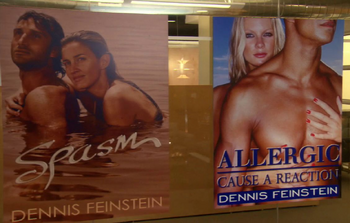