Robert "Bobby" Newport is a major recurring character as well as a member of Pawnee's infamous Newport Family and heir to the Sweetums fortune. Bobby enters the city council election, running against Leslie Knope. His campaign is extremely well-funded and he is the race's frontrunner right up until narrowly losing to Leslie in the final vote.

Bobby is unintelligent, childlike, and spoiled, expecting to be handed the election like all the other privileges he has had in life, such as the yacht he received when he was twelve years old. He enjoys a wealthy playboy lifestyle and appears to not understand that others do not have the same advantages. Nevertheless he is quite charming and good-natured.

Bobby only enters the race in an unsuccessful attempt to gain approval from his father and doesn't appear to have any solid policy plans for office. Over the course of the race he becomes quite impressed by Leslie, ultimately even voting for her (believing voting for oneself is illegal).

During his campaign, he gives out Bobby Bars, exclaiming "my dad made 'em!"

Bobby enters the campaign race in the episode "Campaign Ad". At first, he doesn't even know that he's running against Leslie, and is sure he's running unopposed.

With the backing of the Newport family fortune, Newport's campaign ads were ubiquitous on Pawnee screens. However, the campaign manager, Jen Barkley, kept Bobby away from unscripted media appearances, appearing on interview shows herself.

Bobby is forced to make such a public appearance in "The Debate". Expectations for him are low, but he manages a reasonably competent performance. His simple charm and ignorance work in his favor, as Leslie's attacks come across as bullying. However at the closing stages, he delivers a threat that Sweetums would leave Pawnee if Leslie won. This backfires, as Leslie is able to cast the Newports as the bullies. Once finished, Bobby is simply relieved the debate is over.

In "Bus Tour", Bobby's father dies. He confides in Leslie that he was only running to impress his father, though his father couldn't care less. Bobby is impressed by Leslie, and, unexpectedly, endorses her in a public address, suggesting that if people aren't going to vote for him, they should vote for her.

Leslie defeated Bobby in the last episode of season 4, "Win, Lose, or Draw". Bobby is shown to be perfectly content with the outcome, happy that the campaign is finally over.

Bobby reappears in "Two Funerals", being one of the potential interim Mayors considered by Ben Wyatt. However, the commitments of his playboy lifestyle (going to space) prevent him taking the role.

In "One Last Ride", he is shown comforting Shauna Malwae-Tweep in 2018 at a park. They subsequently get married 5 hours later. 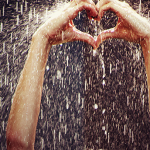